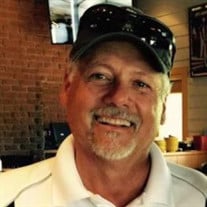 Robert James Lawrence, age 64, of Grand Junction, CO passed away on Friday, November 19, 2021. Robert was born in Monte Vista, CO on March 9, 1957, to Madlyn and George Lawrence. After moving to Delta, he was raised with his sisters and brother by his mother and stepfather Kenneth D. Weaver. He attended St. Michael’s Catholic School, Delta Junior, and Senior High graduating in 1976. He furthered his education at the University of Northern Colorado in Greeley, CO. As a boy he was involved in many activities, Barracudas Swim Team, Boy Scouts, and 4-H, he played football, basketball and tennis while attending junior and senior high school and also coached an OTA baseball team. His artistic talents were used to work on theater sets for high school play productions and he was a member of the Delta High School Concert Choirs. He became an avid golfer and had many golf buddies within the sport. While in college he worked as an apartment building manager and was given an award of commendation from the City of Greeley for saving the life of a 6-year boy who had fallen into a nearby swimming pool. The Greeley Police Chief said the boy is alive today because Robert got involved. He worked a number of years as a manager for Albertson’s in Greeley and Ft. Collins and most recently as the automotive manager for Walmart in Grand Junction. He married Wendy (Cloward) in July 2004 in Las Vegas, NV and they enjoyed 24 years together. He was preceded in death by his stepfather Kenneth D. Weaver and both maternal and paternal grandparents. He is survived by his wife Wendy, his mother Madlyn Weaver, his sons Jordan (Torri) Lawrence and Dillon (Jordan) Lawrence, his sisters Patricia Lawrence and Leslie Eckert, his brother Jason (Becky) Weaver, his stepdaughters, Kristen (Travis) Cole, Eleshia (Jonas) Carpenter and Jennifer (Chris) Sheley, 17 grandchildren, nieces and nephews and numerous extended families. A Mass of Christian Burial will be at 10:00am on Saturday, December 4, 2021, at St. Michael’s Catholic Church in Delta. Private family graveside service will follow. Arrangements are under the care and direction of Taylor Funeral Service and Crematory. View the internet obituary and sign the online guest registry at taylorfuneralservice.com.

Robert James Lawrence, age 64, of Grand Junction, CO passed away on Friday, November 19, 2021. Robert was born in Monte Vista, CO on March 9, 1957, to Madlyn and George Lawrence. After moving to Delta, he was raised with his sisters and brother... View Obituary & Service Information

The family of Robert James Lawrence created this Life Tributes page to make it easy to share your memories.

Send flowers to the Lawrence family.