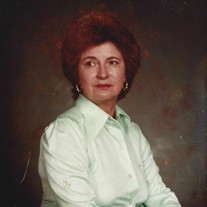 Leta Morrell Sullivan of Delta, CO passed away at Community Hospital in Grand Junction, CO. after a long gracious hard-fought battle with Alzheimer’s. She was 90 years old. A celebration of Life will be held on June 11, 2022 in Delta County Colorado. Leta Mae Browder was born on March 6, 1931 in Clovis, New Mexico to Floyd D. and Sadie L. (Hennington) Browder. She grew up in Western Kansas. Leta married Donald Robert Morrell on February 8, 1950 in New Mexico. They divorced in 1977. D.R. passed away in May of 1982. Leta married Jerry L. Sullivan on July 28, 1987 in Colorado Springs, CO. Jerry passed away in April of 2003. Throughout her life she was a member of the Baptist, Episcopalian, Unity and Methodist Churches. Leta was a published writer of many short stores, Real Estate Broker and Stock broker among many of her careers. She had a high school education and went to 12 different schools growing up. She enjoyed spending time with her family and friends, traveling, gambling, reading, writing, listening to music, dancing and playing bridge. Her Grandchildren and Step-grandchildren were her greatest loves. She was proceeded in death by her son Michael Robert Morrell who died in 1994. Among survivors are her 2 sons: Jerry Morrell of Billings, Mt. and Monte and Doris Morrell of Whitewater, CO; a daughter Tammy and Jim Burdzinski of Joliet, Illinois. A brother: David and Dorothy Browder of Nebraska. 3 nephews, 2 nieces, 5 grandchildren, 9 great grandchildren, 1 great great-grand son, 9 step children, 30 Step grandchildren, 43 step great grandchildren. Please consider a donation to Community Hospital in Grand Junction as a tribute to Leta. Their care and love for her was beyond measure. Arrangements are under the care and direction of Taylor Funeral Service and Crematory. View the internet obituary and sign the online guest registry at taylorfuneralservice.com

Leta Morrell Sullivan of Delta, CO passed away at Community Hospital in Grand Junction, CO. after a long gracious hard-fought battle with Alzheimer&#8217;s. She was 90 years old. A celebration of Life will be held on June 11, 2022 in Delta... View Obituary & Service Information

The family of Leta Mae Sullivan created this Life Tributes page to make it easy to share your memories.

Send flowers to the Sullivan family.