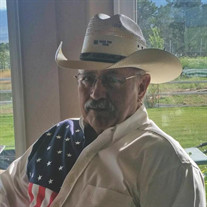 Jerry was born in Austin, CO, along with his twin brother Gerald on November 3, 1938. He also had four other siblings all about 5 years apart. As he grew up he began working mowing lawns, doing yardwork and working in the fruit sheds where he earned enough money to buy his first bicycle, thus starting his lifelong work ethic which he learned early and it stayed with him throughout his life. He went to Fairview Elementary and then moved on to Delta High School till he joined the USAF in 1957 which took him to his tour of Saudi Arabia for 13 months and then on to Belgium, France, Germany and other parts of Europe where he spent most of his military career. On his honorable discharge in 1960 he met the love of his life, Judy Knudson, who had recently moved to Denver from Cedar Falls, Iowa after her H.S. graduation. Literally they married after only 4 months and started their family of two children Wendy Lyn and Eric Shaun. Jerry worked at a roll farming equipment company where he assembled and built rain gutters, siding and roofing panel machines along with the trailers that sold to private businesses. First state wide then national and on to international sales where he earned a service manager title and he went on to traveling all over the US, Europe, Russia and South America as well as Canada and Alaska. For a few years impetus he formed his own commercial roofing company and also installed gutters and metal and vinyl siding. He later returned to the roll forming business where he worked for nearly 30 years then retired at age 69 when he moved to Western Colorado with his wife. Judy worked as a domestic and international flight attendant at Frontier & Continental Airlines for 22 years after the kids were through school then later married. Jerry loved hunting, fishing, skiing, tennis, golf, football and enjoyed building decks & finishing basements, etc. for his friends and family. His special interest was house boating at Lake Powell for over 40 years. He presided over the boat owner’s association and also managed the mechanics of the Sparrow Hawk as a private owner of the boating group. He also owned his own boats & jet skis over many years. Boats & lakes were his favorites as well as golf and elk hunting. His children & grandchildren stole his heart from the day they were born. He was a kind-hearted, loving person, a devoted husband & friend and his heart and his hand were always extended. Service will be held 1:00p.m. Saturday July 17, 2021, Crawford Community United Methodist Church. Inurnment will take place at the Veterans Memorial Cemetery of Western Colorado at a later date. Arrangements are under the care and direction of Taylor Funeral Service and Crematory. View the internet obituary and sign the online guest registry at taylorfuneralservice.com

Jerry was born in Austin, CO, along with his twin brother Gerald on November 3, 1938. He also had four other siblings all about 5 years apart. As he grew up he began working mowing lawns, doing yardwork and working in the fruit sheds where he... View Obituary & Service Information

The family of Jerald (Jerry) John Rundle created this Life Tributes page to make it easy to share your memories.

Jerry was born in Austin, CO, along with his twin brother Gerald...

Send flowers to the Rundle family.