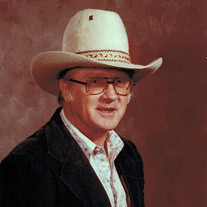 Jim Holton, age 90, passed away peacefully at Hope West with his wife of 67 year by his side. Jim was born July 28, 1931, in Arco, Georgia, the eldest son of James Leon Holton Sr. and Sharon Satterfield Holton. When he was 9 months old the family moved to Reed, then Lazear, Colorado where he grew up. Jim graduated from Hotchkiss High School in 1949 and went to Western State College for a year. Then with the Korean War going on, he enlisted in the U.S. Navy. After four years and with the war over, Jim received an honorable discharge from the U.S. Navy. He returned to Hotchkiss and married Rosalee DeMoss. Returning to Western State with his wife, he got his degree in education. After graduation he took a teaching job in Crawford, Colorado. With a new son, James Leon Holton, III, he took a job with KREX and moved his family to Monte Vista, Colorado. A teacher at heart, he soon decided to go back into teaching and took a job in Sterling, Colorado. After several years and another son, Geoffry Edward Holton, he moved his family back to the Western Slope to be near family. Taking a position with District 51, he settled his family in Grand Junction, Colorado. With the arrival of their third son, John Lee Holton, Jim decided they’d had enough moving. He finished his teaching career in Grand Junction and retired from School District 51. During the summers, he did many different jobs. Later he got his realtor’s license, and bought and sold houses. A few of the things Jim liked were hunting, fishing, cars, music, dancing, bridge, pinochle, hiking, and traveling. Jim was a member of the Crossroads United Methodist Church and attended regularly. Jim is survived by two brothers, Edward Miller Holton of Montrose and Denver, and his daughter Debra McQueen. Tilmon Piper Holton of California and Montana, and his daughters, Carrie Morris (Chris) of California and Tracy Stevens (Dave) of Montana, and a special cousin, John Satterfield (Sue) of Denver. He’s also survived by his wife, Rosalee and their son, John Lee Holton (Ayumi) and their three children--son, Kai Luke, and daughters, Kia and Tiyala. Eldest grandchild James L. Holton IV (Kelley) and their children Novalee, James, and Jubilee. Second eldest grandchild, Richard Tayne Holton. Sister-in-law, Terrill Ann Rutter, Niece, Andrea Hunt (Todd) and many loving nieces and nephews, and grand nieces, nephews and cousins. Two sons preceded him in death James Leon Holton III and Geoffry Edward Holton. Graveside services will be held at Hotchkiss Riverside Cemetery in Hotchkiss on Saturday February 12, at 1:30 p.m. A Celebration of Life service is schedule Sunday February 13, at Crossroads Methodist Church, 599 30 Road, at 2:00 p.m. Arrangements are under the care of Taylor Mortuary in Delta. In Lieu of flowers, the family suggests any donations be made to a charity of your choice. The family wishes to thank the Veterans Administration, LaVilla Grande, and Hope West for their loving care and healing. We have been truly blessed.

Jim Holton, age 90, passed away peacefully at Hope West with his wife of 67 year by his side. Jim was born July 28, 1931, in Arco, Georgia, the eldest son of James Leon Holton Sr. and Sharon Satterfield Holton. When he was 9 months old the... View Obituary & Service Information

The family of James Leon Holton Jr. created this Life Tributes page to make it easy to share your memories.

Jim Holton, age 90, passed away peacefully at Hope West with...

Send flowers to the Holton family.