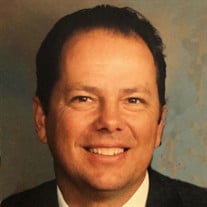 Eckert resident, Gary D. Chism, passed away peacefully Saturday, November 28, 2020 at his residence. He was 71 years of age. A graveside service will be held 12:00 pm, (noon) Friday, December 4, 2020 at the Cory Cemetery in Cory, Colorado. Gary was born on January 18, 1949 to Donald R. and Florence E. (Stewart) Chism in Delta, Colorado. He spent his childhood in Rangely, Colorado where he graduated from Rangely High School. On March 7, 1969, Gary married the love of his life, Connie A. Wray in Carlsbad, New Mexico. To this union three sons were born. The couple had the honor of sharing 47 years of love and marriage before Connie’s passing in 2016. Gary was the pastor at the Apostolic Church in Eckert that he built from the ground up. He has been a resident of Delta County, Colorado since 1990 moving from Grand Junction. He loved buying and selling stuff at local auctions. He enjoyed camping, fishing and reading Louis L’Amour books. Gary is survived by three sons: Troy (Danielle) Chism of Grand Junction, CO; Bernie (Amy) Chism of Montrose, CO; and Jonathan (Nichole) Chism of Grand Junction, CO; two brothers: Lloyd (Susie) Chism of Oklahoma and Vernon (Mary) Chism of Georgia; two sisters: Donna Chism and Beth Brown, both of Nevada; eight grandchildren and three great-grandchildren. Gary was preceded in death by his loving wife, Connie Chism and his parents, Donald and Florence Chism. The family would like to thank HopeWest Hospice for their care. In lieu of flowers, donations can be made in Gary’s memory to HopeWest Hospice, P.O. Box 24, Delta, CO 81416 Arrangements were under the care and direction of Taylor Funeral Service and Crematory. View the internet obituary and sign the online guest registry at taylorfuneralservice.com.

Eckert resident, Gary D. Chism, passed away peacefully Saturday, November 28, 2020 at his residence. He was 71 years of age. A graveside service will be held 12:00 pm, (noon) Friday, December 4, 2020 at the Cory Cemetery in Cory,... View Obituary & Service Information

The family of Gary D. Chism created this Life Tributes page to make it easy to share your memories.

Send flowers to the Chism family.