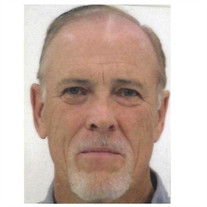 Lazear resident, Daniel Sego passed away Monday, June 8, 2020 at his home with his loving wife by his side. He was 68 years old. Funeral service was held 1:00pm, Saturday, June 13, 2020 at Taylor Funeral Service Chapel in Delta, Colorado. Interment took place at Mesa View Cemetery in Delta, Colorado. Daniel was born August 30, 1951 to Raymond R. and Neva (Wilson) Sego in Colorado. The family later moved to Montana, where Dan spent his childhood and attended schools. After graduating high school Dan went on to further his education at BYU where he graduated with his master’s degree in accounting. Dan married the love of his life and his greatest accomplishment, Martha Ann after twelve years of friendship and courtship. The couple married in Utah. The pair were members of The Church of Jesus Christ of Latter-day Saints Dan served a mission as youth for his church, as a Bishop, and other callings. Dan loved the temple. He worked as a truck driver for 30 years which took him all over the United States. Dan later served as a civilian contractor serving in Iraq with the department of government for a year and half. He enjoyed mission work, going to the temple, computers, hiking, singing, playing guitar, but most of all spending time with his family especially teasing his wife, Martha. Holding her and always smiling at her. Dan’s sense of humor will be missed greatly. He spoke often to Martha about his beloved Spencer and Morgan, his grandchildren, whom he cherishes. Dan is survived by his wife, Martha Sego; children, Daniel Spencer Sego and Morgan Elizabeth Sego; siblings, Rod, Dave, Steve, Ray, Jean, Sharon, Raedeen, Marilee. He is further survived by six grandchildren. Cherished relatives’ nieces, nephews and friends. Dan was preceded in death by his parents, Raymond and Neva Sego; brothers, Mike and John; Sisters, Barbara, Mahone, and Vontella. Arrangements are under the care and direction of Taylor Funeral Service and Crematory. View the internet obituary and sign the online guest registry at taylorfuneralservice.com

Lazear resident, Daniel Sego passed away Monday, June 8, 2020 at his home with his loving wife by his side. He was 68 years old. Funeral service was held 1:00pm, Saturday, June 13, 2020 at Taylor Funeral Service Chapel in Delta, Colorado.... View Obituary & Service Information

The family of Daniel Sego created this Life Tributes page to make it easy to share your memories.

Send flowers to the Sego family.