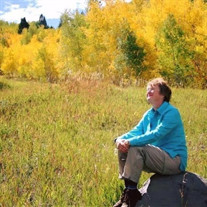 Carol Anne Wilkening Gamble, 81, passed away on January 2, 2021 after a courageous 17-year battle with Alzheimer’s disease. Carol was born on June 3, 1939 in Cincinnati Ohio and was the daughter of Ted and Ruth Wilkening, and older sister of Tom Wilkening (Connie). She graduated from Indian Hill High School in 1957 where she was a cheerleader, played field hockey, played piano and was Homecoming Queen. She went on to graduate from Virginia Intermont College in Bristol, Virginia, where her daughter later attended. She met Curtis R. (Curt) Gamble 70 years ago in the 6th grade in Indian Hill and they married in 1962. They lived in Madeira until they were empty nesters, then moved to Colorado where they have lived happily since. Carol was the mother of Elizabeth (Beth) Gamble Albers (Dave) of Wichita, Kansas, and William (Bill) Gamble (Devere), of Durango, Colorado. She was loved and adored by her 4 grandchildren, Logan Albers, Dylan Albers, Aiden Albers, and Iris Gamble. Carol was a second mom to Cathy Schumacher Murray and made it her mission to keep Cathy in line. She was the mom that treated every kid in the neighborhood like her own child. Carol was a member of the Daughters of the American Revolution (DAR), a past first lady of Wally Byam Airstream club (WBCCI) and spent many years volunteering as a Girl Scout leader or working at the Little Red Schoolhouse (Indian Hill Historical Society). She loved the outdoors, hiking, camping, biking, and swimming. She was an environmentalist before it was cool, earning the nickname “Ecology Carol” by her daughters’ friends. She yelled at us when we didn’t recycle, made us wear plastic bread bags in our shoes in the winter so she didn’t have to throw them out, and made us ride our bikes everywhere to save the planet from extra gas fumes. She drove that big blue van full of rowdy cheerleaders, and never missed her sons basketball games or bike races. She taught us to take responsibility for our own actions, told us we could be anything we wanted to be, and understood that ice cream fixes everything. She saw the positive in everyone and everything. When confronted by the future loss of her memory, she jokingly said “at least when Curt does something dumb, I won’t remember in 5 minutes time”. She was a force of nature and will be desperately missed by all who knew her. In lieu of flowers, please donate to your local Alzheimer’s Association to find a cure for this horrible disease.

Carol Anne Wilkening Gamble, 81, passed away on January 2, 2021 after a courageous 17-year battle with Alzheimer&#8217;s disease. Carol was born on June 3, 1939 in Cincinnati Ohio and was the daughter of Ted and Ruth Wilkening, and older... View Obituary & Service Information

The family of Carol Anne Gamble created this Life Tributes page to make it easy to share your memories.

Send flowers to the Gamble family.