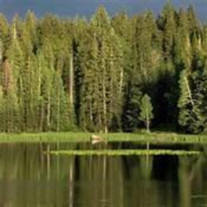 Angela May Mackey May 10, 1957 ~ March 28, 2022 Angela May Mackey passed away Monday, March 28th, 2022, at Montrose County Memorial Hospital. She was 64 years old. A funeral will be held on Friday, April 1st, 2022 beginning at 10:30AM at Saint Andrews Orthodox Church in Delta, Colorado. Following the service she will be laid to rest at the Delta City Cemetery in Delta, Colorado. A celebration of life will be held at the Saint Andrews Orthodox Church following the burial. Angela was born on May 10th, 1957, to Mary Ellen McGloin and Argyle Robert Mackey in Washington DC. Throughout her childhood she moved from Virginia to New York and finally wound up in Colorado. She received her education and graduated from High School in Denver, Colorado class of 1975. Angela was a lifelong entrepreneur starting with owning her own hair salon, Mountain Grown in Idaho Springs and ending with“Have Spirit Will Travel” doing counseling, mediation and providing services as an ordained minister. Angela has been a resident of Delta since 2003. She has been an integral member of the community, from serving on the planning committee to working with the local domestic violence shelter. In Angela’s free time she enjoyed writing, poetry, drawing, bird watching, traveling, and working with the church. She enjoyed spending time with family. If she had an opportunity to say it in song, she would sing ya a tune. And when things would go awry she would simply ask “Who stalls an automatic?” Angela is survived by her two daughters Adrienne (Tyrell) Eldred of Belfair, WA, and Stephanie (Luke) Gabriel of Jacksonville, NC; son Christian (Taishay) Mackey of Delta, CO; two brothers Lon (Dana) Mackey of Rockport, MA and John (Melanie) Mackey of Georgetown, CO; two sisters Jane (David) Mackey of Victoria, British Columbia and Diana Mackey of Boulder, CO; and one grandchild (Benjamin Eldred). Angela is preceded in death by her father, mother, daughter Rachael Allen and partner Gordon. Arrangements are under the care and direction of Taylor Funeral Service and Crematory. View the internet obituary and sign the online guest registry at: www.taylorfuneralservice.com

The family of Angela May Mackey created this Life Tributes page to make it easy to share your memories.

Send flowers to the Mackey family.